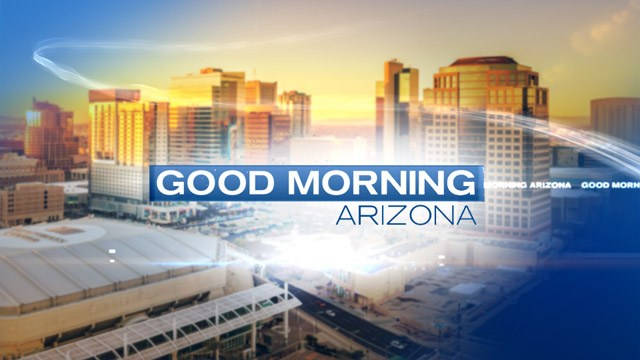 Renowned spiritual medium and New York Times bestselling author James Van Praagh is in town to host a signing event for his new book, “The Power of Love: Connecting to the Oneness.”

He stopped by “Good Morning Arizona” Thursday not only to chat about his new book but also to do some readings.

Van Praagh’s new book has been more than three decades in the making.

“I’ve been doing the work 35 years,” he explained to Olivia Fierro. “Throughout [those years], those messages, they’re always about love. … Live in love. Don’t live in fear because love is everything.

“Everything is made from love. Love is always around us,” he continued. “We’ve just got to use it.”

That’s the basis of his new book.

“When you’re acting from love, you can’t simultaneously be coming from a place of fear,” he wrote on his website. “Compassionate thoughts, words, and deeds have the power to eclipse fear in your own mind, and create a ripple effect of positive energy that has a positive effect on everyone and everything around you.”

The other tenet he espouses is that love transcends time and space.

Van Praagh says that is absolutely the case. He more than believes it. He knows it deep in his soul.

“We continue on,” he told Fierro. “Death is an illusion. … The bonds of love continue on.”

Van Praagh’s gift, which has taken him all over the world and allowed him to help millions overcome grief and pain, is difficult to explain – even for him.

“I guess I would say that I listen really, really well,” he told Fierro. “I am able to be the bridge between the spirit world and the earth world. I am able to receive impressions of spirits who had passed over – their personalities, memories that they’ve had here, connections to their loved ones on the Earth, very specific evidential details about them so their loved ones know that there is no such thing as death.”Van Praagh says many of the spirits with whom he has communed have expressed regret about their lives.

“The No. 1 regret is about love,” he said. “A lot of the messages are about love and taking the time to love yourself while you’re still in the physical body because your life could be so much better.”

Everybody agrees that the world is a crazy place right now, but Van Praagh says loving yourself can help you deal with it and find your place in it.

“We can’t control the world per se, but what we can control is what’s within us – our world within us. That’s where we can start. Every single person has the right to choose to go within, to calm down, to meditate, contemplate, be mindful.”

Opening up like that can be frightening, but Van Praagh said it should not be.

“Being sensitive, you become more of who you are. You get to know yourself better. You get to have a relationship with your soul.

“During my live events I am the instrument for the Spirit world,” reads Van Praagh’s website. “The guides work through me, [sic] their messages depend on upon the energy that guests in the audience bring with them. This energy assists your loved ones in transmitting thoughts, memories, love and evidential details that you will recognize – proving that their love for you never dies.”

After his first segment on “Good Morning Arizona,” Van Praagh went online with Javier Soto to answer viewers’ questions on Facebook. He predicted that Soto will have two children, one of them a boy.

He also addressed two high-profiles cases in Arizona — that of Allison Feldman, the Scottsdale woman who was murdered in her home in February 2015, and that of Jesse Wilson, the 10-year-old Buckeye boy who has been missing since July.

He said he believes Feldman’s killer is somebody from her neighborhood who watched her for weeks before murdering her.

As for Jesse, Van Praagh said he thinks the boy is alive and searching for his father.